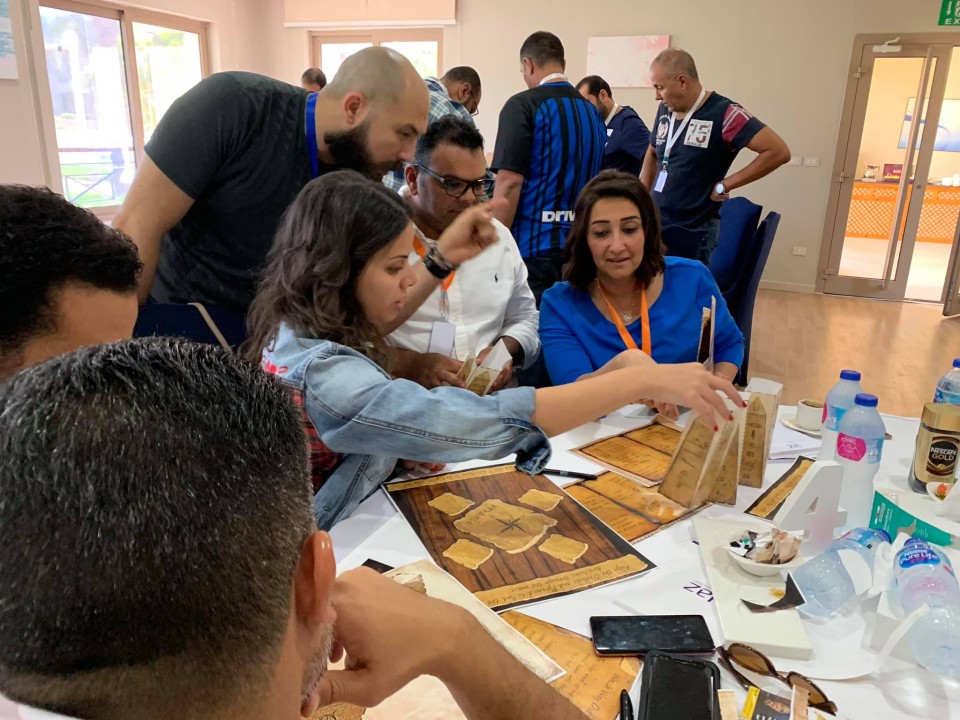 Gamification as everyone knows is a motivational strategy that allows a specific process to function with further effectiveness and efficiency through the people running this process using game elements in a non-game context.

When this process is education-driven, then we are mainly motivating our learners to reach our specific quantifiable learning objectives using game elements and more.

There is a distinct difference between each and every terminology, (and let’s leave that to a different article) but what they all have in common -in terms of design- is “steam engines”.

Yes you read it right: they all have steam engines!

A steam engine is a mainly heat engine that performs mechanical work using steam as its working fluid.

The steam engine uses the force produced by steam pressure to push a piston back and forth inside a cylinder. This pushing force

In transformed into a rotational force for work.

Steam engines in gamification are: Mechanics.

They are the beating heart of any functional game. The term “mechanics” refers to how anything (in this case a game or gamified learning program) operates. It states what the learner can do & can’t do. Restricts the learners or allow much autonomy to him/her. Offer rewards or punishments and much much more.

Game mechanics are almost numerous in what it can behold inside of a game or a gamified strategy. Game designers place game mechanics to move the game forward and allow the learner to foster different “dynamics” within the game.

Dynamics - in this context - are the specified behaviors game designers want the learners to foster & are a result of the mechanics utility.

Now on these auspices, let’s list some “steam engines” that aren’t usually common, but are highly needed in game design:

It represents loss & defeat as failure is important in a well-crafted game design, allowing learners to change their mindset about how to progress in the game context and ergo in their learning curve. Failure can offer the learner feedback, or what not to do in a specific skill or even offers the right technique to certain process.

More often in game design, not every part of the narrative, the game play, the possibilities and even elements are fully explained to the learners. As a little mystery can encourage the learners into diverse paths & directions in the game’s narrative. That can be done using branching scenarios, extra knowledge or application within the narrative and more. More or less you are fiddling with the amount of autonomy you provide to the learners.

Information flows like waterfalls from one learning point to another. Mainly information should be released in the minimum possible snippets to gain an appropriate level of understanding & awareness by the learner at each point during a game design narrative. Using this mechanic helps a game designer to map the whole learning plan across the full game strategy and allows the learner to acquire every bit of knowledge without getting cognitively overwhelmed.

People don’t enjoy being outcasted or left out. In social learning environments, this can be used to encourage learners to be like their peers. In most cases, learners do enjoy “bragging” rights represented in rewards, points, badges, recognition, etc..

This is a mechanic that should be used with absolute finesse, as it can be a huge demotivating element if the expectations set aren’t realistic or possible to achieve.

In conclusion, most game designers (or even people who aren’t familiar with game design) always think of “steam engines” as points, badges, leaderboards, progress bars, and rewards. Although, there is a multitude of other game mechanics that can truly drive a gamified learning strategy forward and can evidently foster learning behaviors within a game.

As learning designers we are always concerned with how we can achieve quantifiable and measurable learning objectives that a gamified strategy can aid us to peak. And from the perspective of game design, we should always treat game mechanics as steam engines that drive the performance of our learners and indicate their cognitive recollection of knowledge & skills necessary for the learning plan set.